Home
iOS 15
iOS 15 is available for download. 4 steps to prepare your devices

Apple, iOS 15 and iPadOS 15 will be available to all users on September 13. The iPad and iPhone operating systems are out of beta and can be used by anyone with a compatible device. Here’s how to prepare for iOS 15 and iPadOS 15, who can download it, and finally how and where to do it.

iOS 15 has many new features in the interface, possibly the biggest in recent years. Widget on the home screen for more information at hand, automatic organization of applications by genre and type and frequency of use, new compact interface for phone calls and all communication apps (FaceTime included), Picture in Picture function for movies, new functions for messages with direct answers in group conversations, mentions and conversations in evidence, new styles in Memoji.

Why upgrade to iPadOS 15?

Even if iPadOS continue to share many functions and in general the graphic design of iOS 15, Apple is increasingly differentiated the two operating systems with dedicated functions tailored to the large screen of the tablet, more geared towards productivity and multitasking. Widgets, already present from iPadOS 14, now change their look and are available in different sizes, while the Smart Stack function uses the intelligence of the device to show the right widgets based on factors such as the time, the user’s location, the activities.

The Side Bars of Apple applications change, such as Photos, Calendar, Mail, Notes, Files and Music to show the most important information on the app in use, enhanced the Search function that allows you to launch apps, access contacts and files, consultant more information on the fly, more discreet banners for phone calls and FaceTime calls, with Scribble you write with Apple Pencil and the system transforms everything into typed text, improvements for ARKit augmented reality and much more.

What devices is iOS 15 and iPadOS 15 compatible with?

iOS 154 is compatible with all iPhones currently compatible with iOS 13, including older devices such as iPhone 7 / 7Plus. For the latter, however, it should be the latest possible update. Here are which devices we can use iOS 15 on

We haven’t included iPads in the list, and that’s because Apple’s tablets will receive the iPadOS 15 update, which should be compatible with all iPads capable of running iOS 13, except iPad mini 4 released in September 2015 and iPad Air. 2 released in October 2014. This means that the iPads compatible with iPadOS 15 will be the following:

The upcoming update is an excellent opportunity to do some cleaning by deleting all the applications that have not been used for a long time or that are deemed useless. This will free up some precious storage space to allow the installation of the new iOS 15 or iPadOS 15 download. It is a good idea to also delete old photos and videos, taking care to download them first on the computer with Photo on Mac or the correspondents on Windows or to make a copy of it on iCloud, Dropbox, Google Photo or wherever you prefer.

The official Apple updates do not bring with them particular problems and very rarely there is the complete loss of their data when a newer system version is installed on the device. In any case it is advisable to back up your data.

The operation takes a few seconds and is absolutely not invasive. It is possible to backup through iTunes, simply by connecting iPhone, iPod and iPad to the computer via cable and then click on the Backup button. It is also possible to make a backup via iCloud via wireless connection. To do this, simply go to the iOS or iPadOS settings, access the iCloud function and click on the Back Up Now button. At this address the detailed instructions on the various methods to backup iPhone.

What time will iOS 15 and iPadOS 15 be available for download?

Apple hasn’t announced the actual download time yet. iOS 15 and iPadOS 15 should be released around 7pm. Time varies from country to country. As often happens in the past, slowdowns in downloads are likely to occur or even impossible to access the update. Typical problems due to high network traffic generated by millions of iOS and iPadOS device users.

The size varies from device to device. Just to have some reference, in the past some distributions have come to weigh even over 2 GB.

The easiest way to download and install iOS 15 and iPadOS 15 is directly from the device by going to Settings on your iPhone or iPad. This is an absolutely valid system for those with a good Wi-Fi connection. If you choose this update – in jargon called OTA (over the air). It will be sufficient to click on Settings> General> Software Update. At this point the device will check for available updates and, starting at 7 pm, it will show the possibility of updating to iOS 14 and iPadOS 15. If the update does not appear immediately, do not worry and try again after 5/6 minutes. Especially in the early hours, the servers could be very busy and propose the update to some users “deferred”.

After clicking on the Download button you will have to wait. The process may take some time, not only in the case of a slow connection. As soon as it is released there will be a “traffic jam” of the servers, due to the high number of downloads. Initially there may be slowdowns in the download. But that’s not necessarily the case. In any case, after downloading iOS 15 or iPadOS 15 the button to install will appear on the screen.

Clicking Install, accepting Apple’s Terms and Conditions will start the actual installation process. From this moment, and until the next restart, the device cannot be used in any way.

If you are unable to update wirelessly on your iOS or iPadOS device, you can manually update it via iTunes on an authorized computer. If your computer uses the Personal Hotspot of the iOS device you are updating, connect the computer to a different Wi-Fi or Ethernet network before performing the update. Here is how to proceed:

iPhone or iPad slow after installation?

Usually after a major update (as in the case of iOS 15 and iPadOS 15) you may feel an initial slowness of the system immediately after the post installation reboot. Generally this is a normal and momentary problem. After an initial period in which the system will settle down, iPhone and iPad will return to being fluid and fast as always.

If, on the other hand, the slowness continues for a longer time, it may be necessary to reset the device. And then, even before installing iOS 14 or iPadOS 15 it might be advisable to make a backup of all data, so as not to lose them after a possible restore.

All the news presented by Apple in the event on September 15 are summarized in a single article from macitynet. All the articles that talk about iPhone, iPad, Mac and Apple Watch are available at their respective links. Everything you need to know about the upcoming versions of iOS 15, iPadOS 15, macOS 12 and Apple Watch 8 is summarized in the macirtynet insights at their respective links. 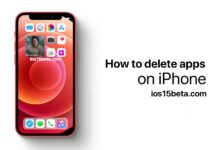 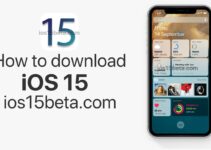